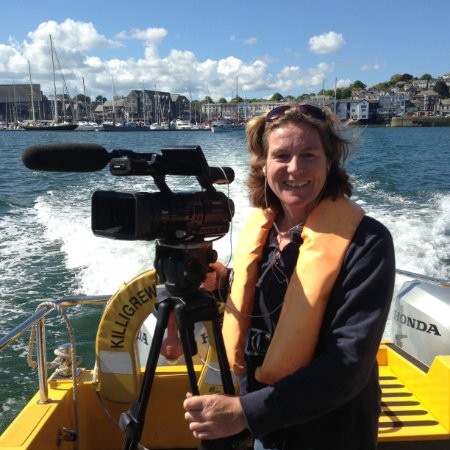 Martha is a TV and radio journalist with a 20-year-history of working with the BBC.  She now combines her time as a freelance filmmaker and radio producer alongside a career as a trainer for international aid missions in developing countries.

She is originally from Penzance and she started life in  journalism at BBC South West, moving on to EuroNews in France and BBC World in London. She has been lucky enough to see the world during her career, making documentaries and working as a news producer with the BBC’s top correspondents.

She also runs her own TV production company, making videos for corporate companies like ScotRail, Deloitte and Aston Martin. Martha pioneered video content for The Sunday Times web paper, and has more recently been making films for The Telegraph. Martha has also made promotional and information films for The National Trust, Good Energy, the UK timber industry, and Falmouth Harbour Commissioners.

As a video journalist, Martha made investigative TV, radio and online features in Russia, Alaska, Morocco and others. 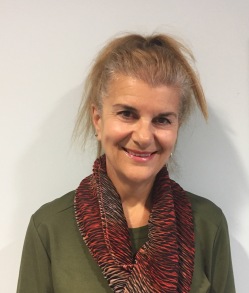 Maria has over 25 years experience in broadcast television the majority of which has been spent working on a wide-range of programming including documentary, factual, factual entertainment, live OB, music, science as producer, line producer, production manager on location all over the world including Alaska,Bangladesh, Peru, Thailand, USA and Europe on all formats including 3D.
Since 2000 she has been working directly with broadcasters both as Programme Finance Manager in Science & Education at Channel 4 and at Discovery Channel where she was Acting Director of Production Management based in the UK working across all the Discovery Networks in the US, UK, Europe and Asia. She was Director of Production at Parthenon Entertainment until April 2006.

She then took on a short consultancy stint with ITN acting as a Consultant to assist a new Greek terrestrial channel SKAI TV based in Athens in setting up a production unit.
In Nov 2006 Maria decided to go back to her production roots and joined the newly formed Renegade Pictures where she has been the Head of Production for the last 11 years. This innovative production company has produced a myriad of programming including Don’t Tell the Bride, Ben Fogle: New Lives in the Wild, Cars SOS, Heston’s Mission Impossible, World’s Most Dangerous Roads. Maria recently left Renegade to pursue new ventures. She is a member of BAFTA and the PMA. 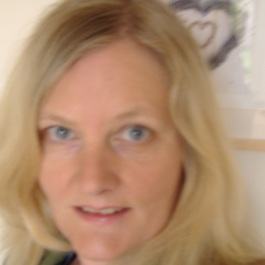 Lucy English is Reader in Creative Writing at Bath Spa University. With Sarah Tremlett she runs Liberated Words, a CIC organisation which creates, curates and screens poetry films. She is currently working on an online poetry film project ,The Book of Hours, which will form the creative component for her PhD in digital writing. Lucy co-ordinates the MiX conferences in writing for digital at Bath Spa University. 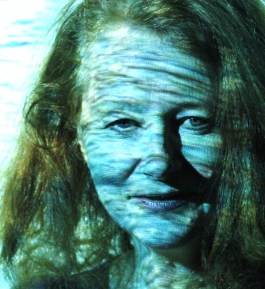 Sarah Tremlett, MPhil, FRSA, SWIP, http://www.sarahtremlett.com is a British poetry filmmaker, poet and published arts theorist/writer. Described as a visual philosopher by Karina Karaeva, (Video Curator, National Centre for Contemporary Art, Moscow), she has been invited to give papers and international screenings on the subject. Author and editor of The Poetics of Poetry Film to be published by Intellect Books, she was commissioned by Filmpoem (Alastair Cook) to make a poetry film in 2017 for one of the commended Poetry Society 2016 National Poetry Competition poems (American poet Sam Harvey’s ‘Claire Climbs Everest’).
Since 2005 she has been known for researching and defining the term ‘contemplative’ poetry films, developed in her thesis on rhythm (visual prosody), text and poetry film (2014). This was recently abridged in the online essay ‘Exploring Contemplative Effects in Text-based Video Poems’ (Atticus Review, Moving Poems, Poetry Film Kanal, Poetry Film Live).
In 2012, she co-founded Liberated Words with poet and novelist Lucy English (www.liberatedwords.com) to screen international poetry filmmakers alongside films made by diverse groups within the local community, and co-conceived and organised MIX, Bath Spa University). In 2014, Liberated Words had a major, three-site event, part supported by Poetry Can, at The Arnolfini, Bristol, with a workshop by top international poetry filmmaker Marc Neys and a screening at Encounters Short Film and Animation Festival, where Sarah hosted a discussion on poetry film and form.
Sarah is currently working on three long-term, poetry film projects, an exciting collaborative Liberated Words project and Vigil – a collection of poems for poetry film. 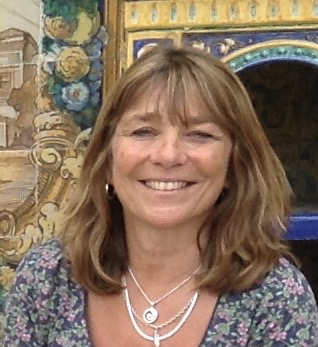 Annabel Aguirre  (student) has been making documentary films for 13 years, following early retirement and receipt of an MA in Broadcast Journalism at the University of Falmouth. She makes films in Cornwall and around the world. Her filmmaking is informed by a long career working as an art therapist in the mental health service of the NHS. Her feature documentary: “After Pinochet: the healing of a country”s wounded heart” has been shown at Chile’s Museum of Memory and accepted into the museum archive there. 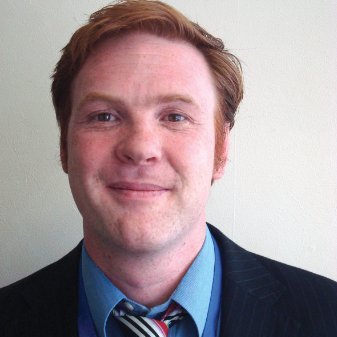 In 1998, Morgan founded Spider Eye, which quickly established its own reputation in commercials and short films. In 2000, Morgan was technical director on Oscar and BAFTA award-winning Father & Daughter (Michael Dudok De Wit), a bittersweet tale which explored the deep bond between a father and daughter. His short film credits include the B.A.A and Annecy award-winning War Game, a 25min TV Special for Illuminated Films/C4), Family Ties – Dreams & Desires, a multi-award-winning short film by Joanna Quinn for Beryl Productions/S4C,  A Small Miracle, a 25 minute TV special for Grasshopper Productions/ITV, and The Canterbury Tales – The Squire’s Tale for S4C.

From 2010 to 2013 Morgan developed and directed both series of Spider Eye’s own show, ‘Jungle Junction’ (92 x 11 minute episodes, including 1 x 44 minute special) for Playhouse Disney/Disney Junior.

2014 Co-directed ‘Moshi Monsters – the Movie’ for Mind Candy, which had a full theatrical release with Universal in over 400 Cinemas.

2016/2017 Developed and Directed ‘The Happos Family’ TV series (20 x 2.5 minute episodes) for Turner/Boomerang. This was their first original show.

Marie comes from St Just, went to school in Penzance and performed at the Minack when Rowena Cade was still alive and at The Acorn when it was the West Cornwall Arts Centre. She trained as an actor at the Royal Central School of Speech & Drama, ran Bedside Manners Theatre Company for 16 years producing 45 touring shows, and has written and directed for TV, Film, Theatre and Radio. Nominated for a TAPS writer of the year award, she wrote on the series THE TRIBE and REVELATIONS. Marie has been commissioned to write five feature films and has had one feature optioned. In 2010 her low budget supernatural horror, THE DARK SIDE, was selected to be part of the Cross Channel Film Lab development scheme in Brittany and Cornwall. In 2016 Marie was awarded the Katie Fforde Bursary for her novel STRAWBERRY MOON, set in Falmouth. Her second novel, SWIMMING IN THE RAIN, is set in Penzance. She’s currently pursuing publishing deals for both. She is a voting member of BAFTA; on the committee of RTS (Royal Television Society) Devon and Cornwall; a member of the Writers’ Guild of Great Britain (formerly serving 15 years on the Executive Council); Women In Film & Television; the Society of Authors; the RNA (Romantic Novelists Association) and the SRN (Screenwriters’ Research Network). Marie is a Senior Lecturer at the School of Film & Television, Falmouth University. She also works as a script editor and consultant. Her play THE COASTGUARD is touring Cornwall in 2020 including The Acorn on February 23th. 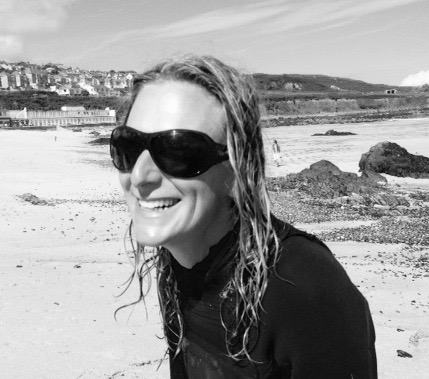 My father spent the 1970’s fishing out of Newlyn Harbour and some of my earliest memories are of setting up mackerel lines and clambering over his bright orange boat – the Heather Armorel.

I left Cornwall to study and see the world and ended up living in London where I spent 15 years working in documentary film production. I directed and produced documentaries for the BBC, Channel Four and ITV and made programmes on subjects ranging from coroners in LA, to medieval kings and John Peel in Germany. Some of the projects I worked on included self shooting and learning how to use a camera gave me the freedom to work on independent projects including a film about the built up to the Iraq war called ‘Life of Brian’ (Commonwealth Film Festival)

When I moved back to Cornwall with my young family, I started working on local projects for Tate St Ives, The Leach Pottery and St. Ives School of Painting.  I’ve made independent films about the potter Warren MacKenzie, home ownership in St.Ives (‘Ghost Town’) and family (‘My Brother Hughie’).